About expectations from participation in the Games, the responsibility of the captain and the main tests — in our interview with Ivan. On July 9, Belarusian athletes were seen off in Minsk to the Games of the XXXII Olympiad in Tokyo. The day before, the Grodno hammer soldier Ivan Tikhon was elected captain of the Olympic team. At a meeting with the delegation, President of Belarus Alexander Lukashenko presented the State Flag of the Republic of Belarus to the captain of our Olympians and stressed that sports achievements are of great importance not only for the athletes themselves, but for the entire country. 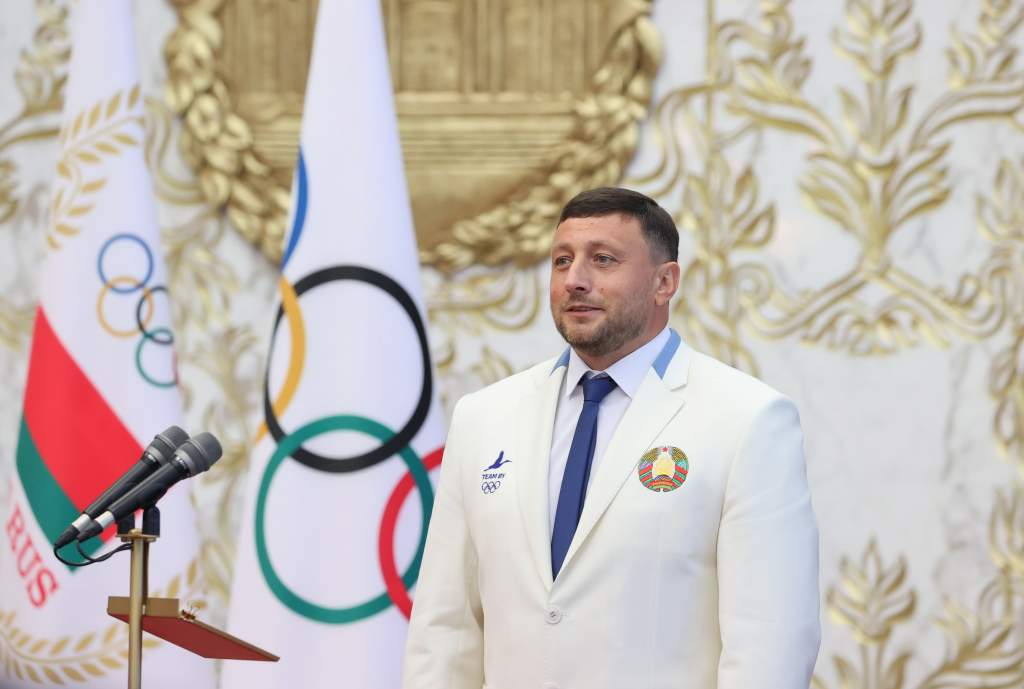 About expectations from participation in the Games, the responsibility of the captain and the main tests — in our interview with Ivan.

Ivan Tikhon won the cherished license for every athlete at the IV stage of the Cup of Ukraine in throwing and All-Ukrainian competitions in memory of honored coaches of Ukraine L. Smalash and A. Konchits. For the veteran of domestic sports, the upcoming Games in the Japanese capital will be the fifth. He assures: interest and acuteness after such a number of participation in the most ambitious competitions are not lost.

— The attitude to your favorite work is always special, it does not change. Each time you become more experienced. The first time, you don’t really know what’s going on. The second time, you already know what lies ahead. In the third, you are even better prepared. And the sharpness of sensations does not disappear, because the best of the best participate in the Olympic Games. You prepare and live by it. The fact that every time you prepare with the same diligence as for the first time is very important. This is a prerequisite for achieving serious results. And the bar is high this time. To get to the Games, the hammer fighters needed a score of 70.5 meters. If we compare it with those that were at the last major starts, and in Rio de Janeiro, then this result is equal to the second place in the Olympic Games. The standards are very high, it’s hard to break through, and it’s a great responsibility to compete at the main starts of the four-year period.

— You became the captain of the Olympic team. Has the responsibility become even greater?

— Of course, this is a special responsibility. I express my gratitude for the trust placed in me. I will carefully fulfill everything related to the duties of the captain.

— Did the past ceremony of seeing off the Belarusian delegation to the XXXII Summer Olympic Games in Tokyo help the team to unite?

— Each athlete went to this summit, team members are charged for results. Everyone feels a bunch of energy — everyone is waiting for the main start. Our team is excellent. The state created all the conditions, and the athletes did everything to get to the Games. As I said, it was necessary to show fairly good results. For example, we have two people in weightlifting competitions. And in other sports, the selection is serious.

The team is very close-knit, positive, with a desire to fight and win. As our sports veteran Antonina Koshel admonished: «Fight to the last drop of blood, do not retreat a single step!» Everyone is ready to fight and will give their best. In front of the wires, Vladyka Benjamin conducted a prayer service and said that the component of victory is the strength of the spirit. We have been blessed and we, as warriors, will fight. 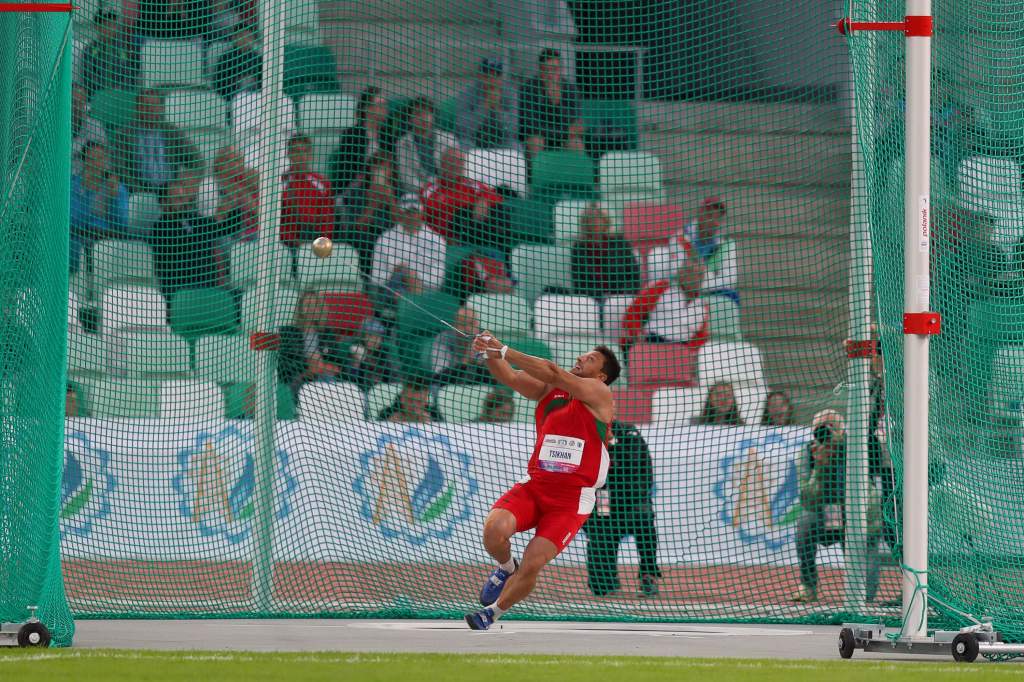 — What are your expectations from the upcoming Olympic Games? Do you want to add a gold medal to your Olympic medal box?

— I will fight and will do everything, even step over the line of my capabilities. And the result that I get will determine my position in the competition. The athlete knows that he is going to the top of the sports Olympus. He aspired and got there not by chance. He dreamed about it at the very beginning of his sports career, with this thought he went to training. The athlete has people whom he wants to please: coach, parents, family. It is not customary to guess a medal. But, of course, everyone has goals. This is not physical education, where everything is done for pleasure. Sport of the highest achievements is overcoming oneself, one’s capabilities, new records. For a person, this is fraught with risk: you are on the cutting edge, you risk your health, you sacrifice your relationship with your family. People who go for it do everything consciously, therefore they fight to the last.

Even if someone realizes that his personal result is less than that of his rivals, there are ways that will help to achieve the first place. Vladyka Benjamin cited as an example the biblical story of the duel between David and Goliath. David found a way to defeat a seemingly invincible opponent. So an athlete, if he is strong in spirit, will be able to find a way and win. We saw such an example in athletics, when Olga Mazurenok ran a marathon at the European Championships, and her nose began to bleed. And she did not give up, remained true to her goal. There are many such examples in sports, because everything here is associated with struggle and fortitude. 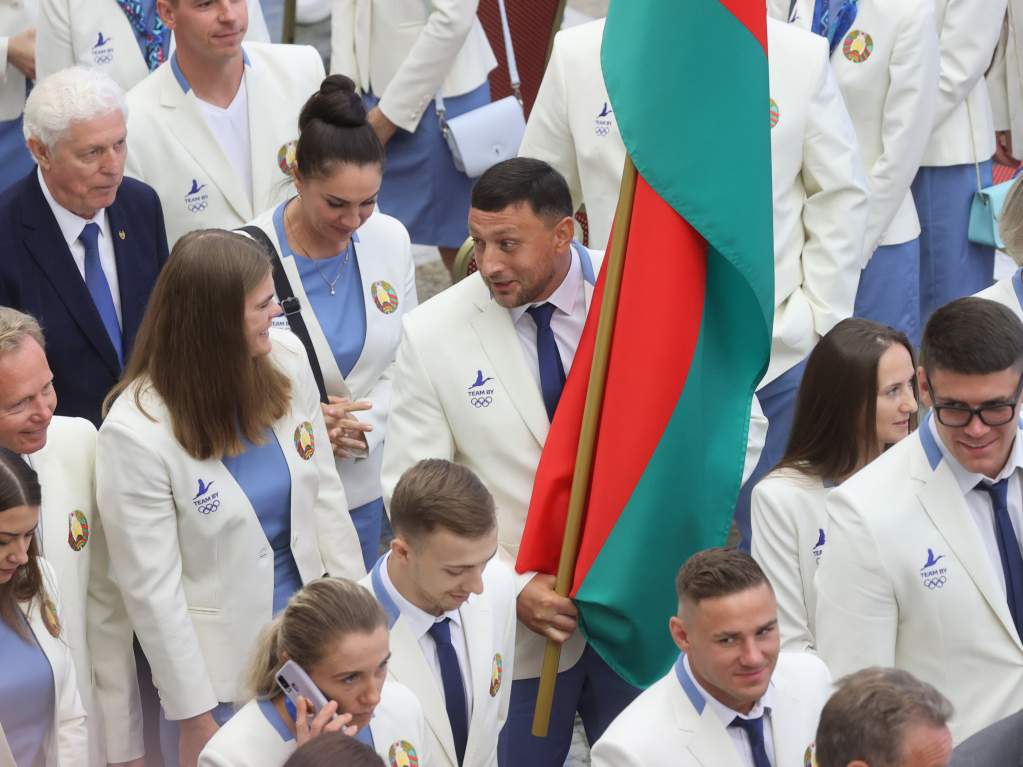 — How is the preparation going at this stage?

— Now is the final stage before leaving. We are all in the Olympic training center in the Stayki complex, where the last training in basic sports has been taking place in Moscow since the 1980 Olympics. This is where our Olympic medals are forged.

— What will be the main test for you?

— The Games themselves will be the main test. They carry in themselves everything that you strive for. This is the highest point in sports. It doesn’t matter if you are driving for the first time or the second, the third. You need to demonstrate character and humanity, all your best qualities. Then the rivals are respected, and the result is not long in coming. Captain of the Olympic team of the Republic of Belarus Ivan Tikhon: «The Olympics are the highest point in sports, and fortitude is the key to victory»

About expectations from participation in the Games, the responsibility of the captain and the main tests — in our