One of the main tasks of the census is to find out the maximum exact number of the country’s population. 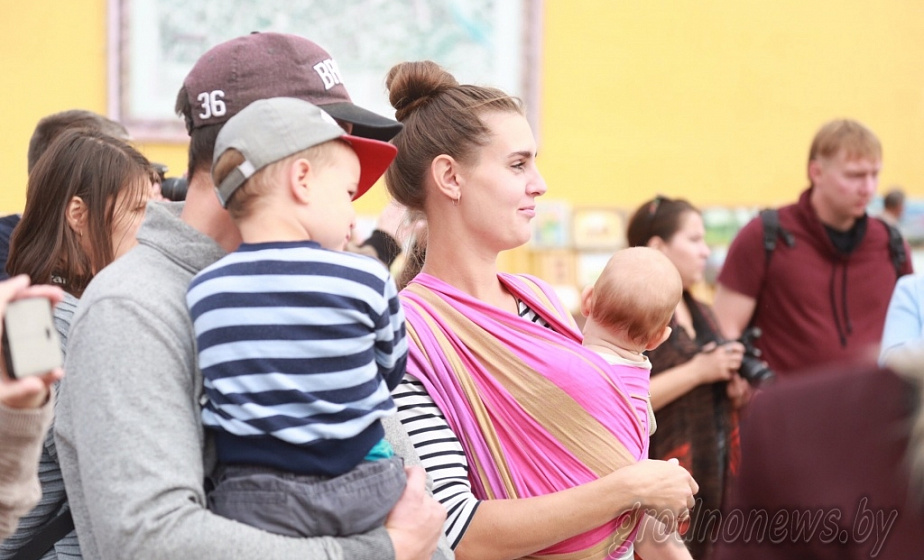 On 4th of October a census began in the Republic of Belarus. Why is this needed, how to take part in a large-scale national survey and what will Belarusians ask about? About all the nuances in our article.

Why do we need a census?

The census in our country is traditionally held once in every ten years, and the current one will become the third in the history of sovereign Belarus. It will be held under the motto «A look at the present — a step into the future.» It reflects one of its main tasks: to create a collective portrait of the country, which in the coming years will largely determine the economic, social, demographic, family policy of the state. So it is safe to say that the census is important not only for the state, but also for each of us. After all, the obtained data will be taken into account when forming the republican and local budgets, allocating funds for pensions, planning the construction of hospitals, kindergartens, schools, housing and so on.

Thanks to the census, unique data on households will be obtained: demographic, educational, migration characteristics, said Svetlana Shchiraia, the head of the Main Statistical Office of the Grodno region. The data obtained during the census reflect important changes that have occurred in the country during the census period, for example, the level of education, national and linguistic composition of the population, housing conditions and so on. 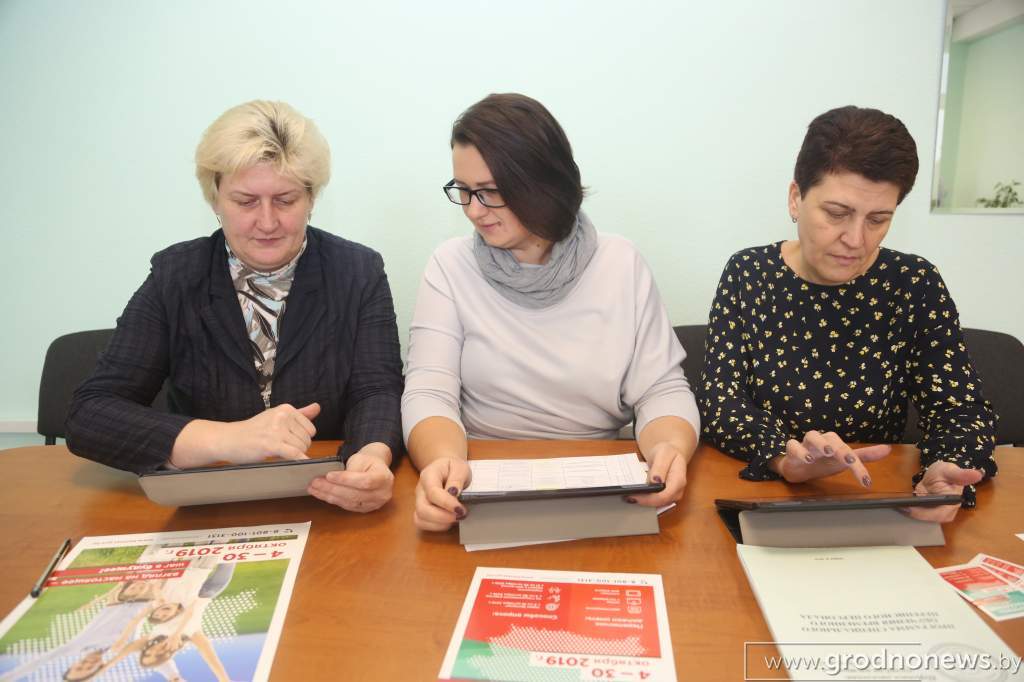 So who will be enumerated?

We all will answer the questionnaire questions, both as individual citizens and as members of the household. A household is a group of people who live together in a dwelling, provide themselves with everything necessary for life, and maintain a common household. At the same time, the budget is joint. And if a person lives alone and provides for himself? That’s right, in the census he is also considered a household.

What will the census ask?

For information on women’s reproductive intentions, women will be asked about birth planning. They will offer the respondents to answer questions regarding plans to go abroad, additional training. 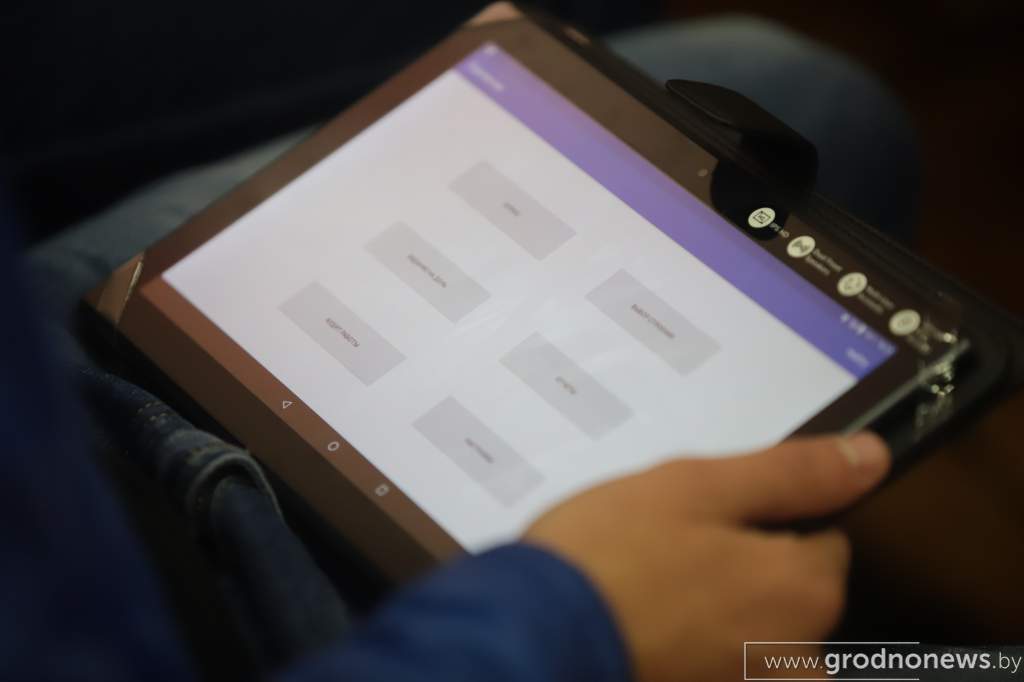 A distinctive feature of the current census is the use of modern technology.

Citizens now have more options on how to participate in the census. There are several of them.

For the first time, the population will be given the opportunity to independently correspond via the Internet. This can be done from 4th to 18th of October, inclusive, at any convenient time of the day and from any device that has Internet access. Census forms will be available at census.by and www.census.bel. Links are also available on the websites of the National Statistical Committee http://www.belstat.gov.by and the Main Statistical Office of the Grodno Region http://www.grodno.belstat.gov.by.

The second option is to visit the stationary site from 4th to 30th of October, their addresses are posted on the websites of the National Statistical Committee and the Main Statistical Office of the Grodno Region.

The third, traditional one, is to wait for the census taker’s visit to the house from 21-30th of October. 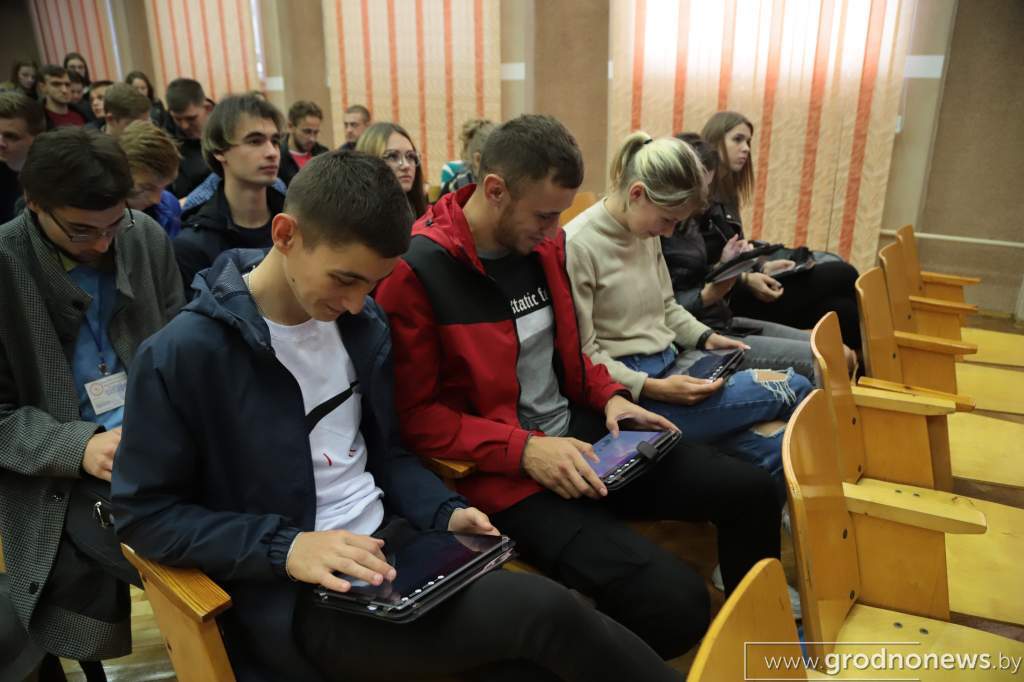 In addition, this year many stationary sites will be organized at many enterprises and organizations in the region. So from 4th to 18th of October, employees of these organizations will be able to take a census at the workplace.

The undoubted plus of independent census passing is that you choose the time for filling yourself. Well, outsiders will not have to talk about themselves.

By the way, so that as many people as possible have the opportunity to take advantage of this year’s innovation, in many enterprises and organizations will be created separate jobs with a computer and Internet access specifically for the census.

Do not be afraid that you will do something wrong. The system is as convenient as possible. Answer point by point, choosing the answers from the proposed ones. If you missed something, the program will prompt. In the process of filling it will be possible to return to the previous answers and fix something. But just until you click the button «Submit». 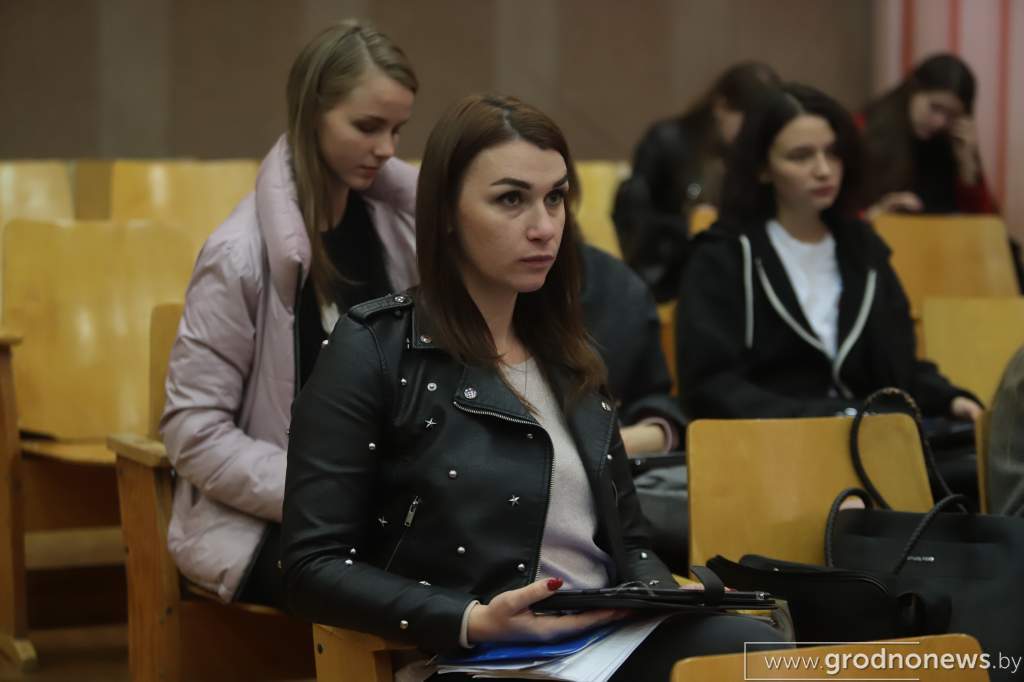 How not to let a scammer in?

The rules are simple. The census is conducted only in person, no questions by phone.

It is easy to recognize the census taker by identification card, bag with the census logo and tablet. Since there are no photos on the certificates, in order to know for sure that they are not scammers, you can ask for their passport. In addition, the call center 8-801-100-3131 will work, where you can call and clarify whether there are people in the staff of the census takers with that name and on what site he works. Call from any phone is free. In addition, the telephone hotline 8 (0152) 55 49 60 will operate in the region. 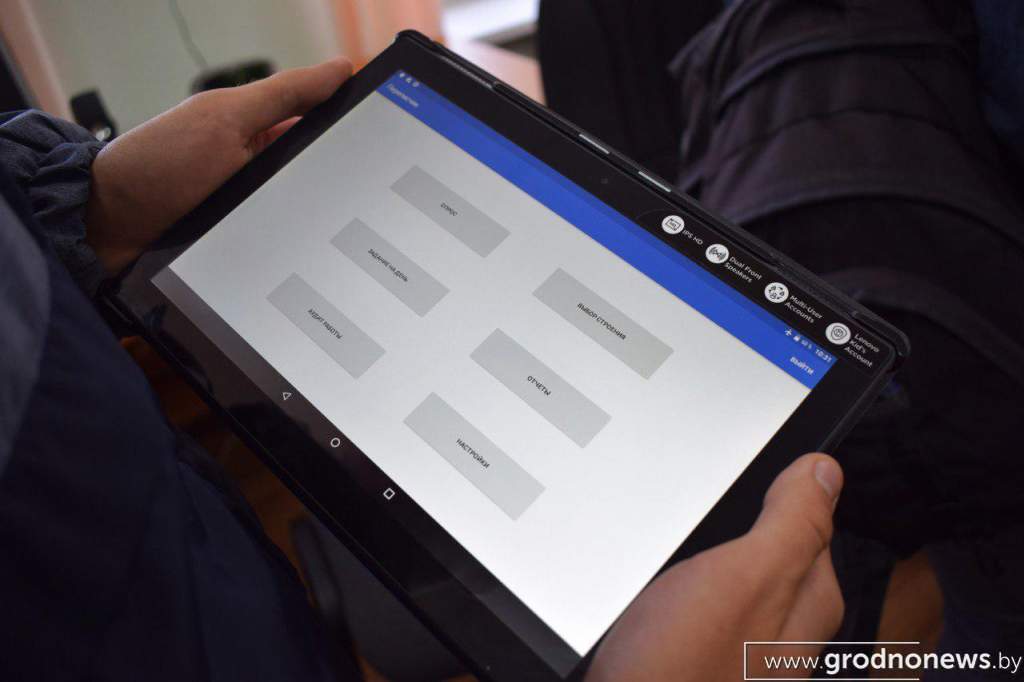 Although the census officially starts on 4th of October, enumerators in residential buildings will arrive no earlier than 21st of October. At this point, the addresses of respondents who have not completed the census will remain in the list of addresses for visiting. Census takers will work from 9.00 to 21.00. If at this time you are not at home, the census taker will leave an information sheet in the mailbox with the address of the stationary site and their phone number.

Will the personal data of respondents be kept secret?

As for the census staff, everyone is required to comply with the confidentiality requirement: census takers are not entitled to tell anyone about the information received from you. The data entered by the census taker into the tablet is immediately encrypted after the survey, transmitted to the Belstat server and deleted from the census taker’s tablet. 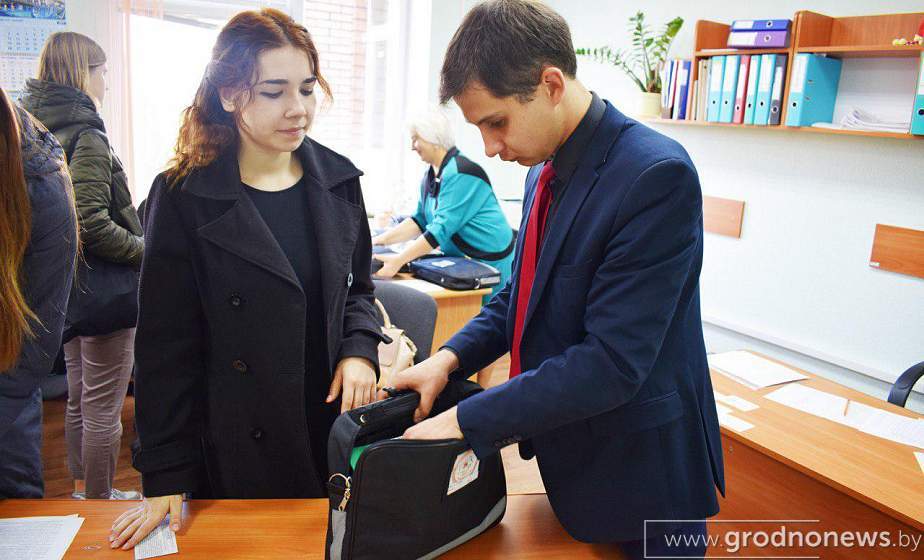 In early February 2020, Belstat will unveil the first census results. We will find out how many inhabitants are in Belarus, how they are distributed in urban and rural areas, how many women and men. Information on nationality, language, education, status of marriage, sources of livelihood will be available after 1st of June 2020. Summary data on agricultural activities, population migration, housing conditions and household characteristics will be available after 1st of July 2021. All this information will be in the public domain. 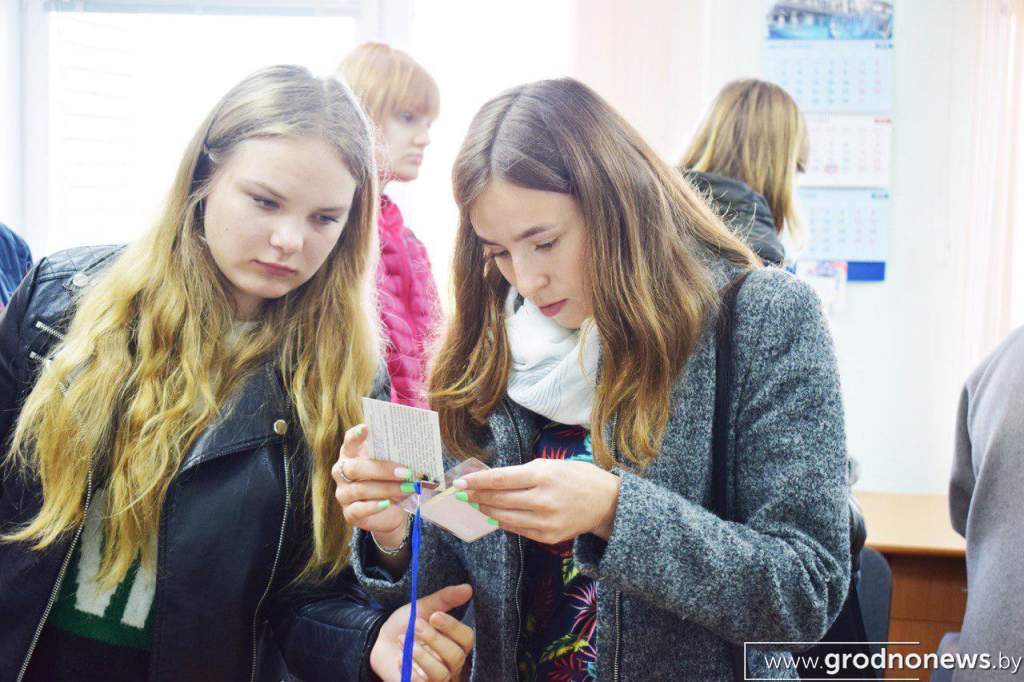 When and how to participate in the census?

How to recognize the census taker?

Certificate of a census taker (valid upon presentation of a passport)

Who is involved in the census?

— citizens of the Republic of Belarus 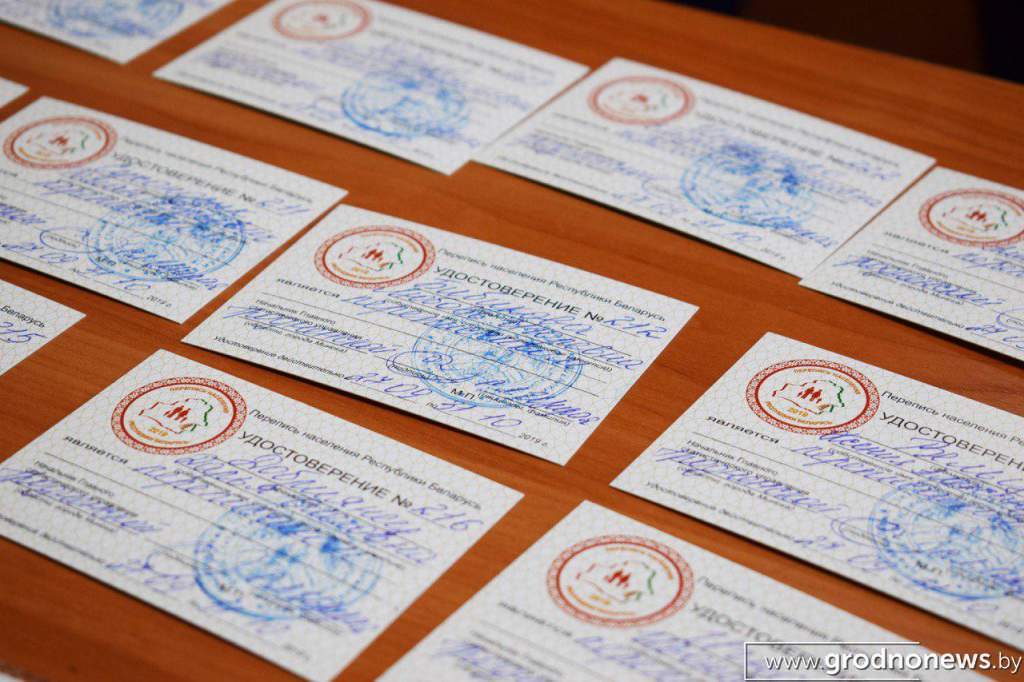 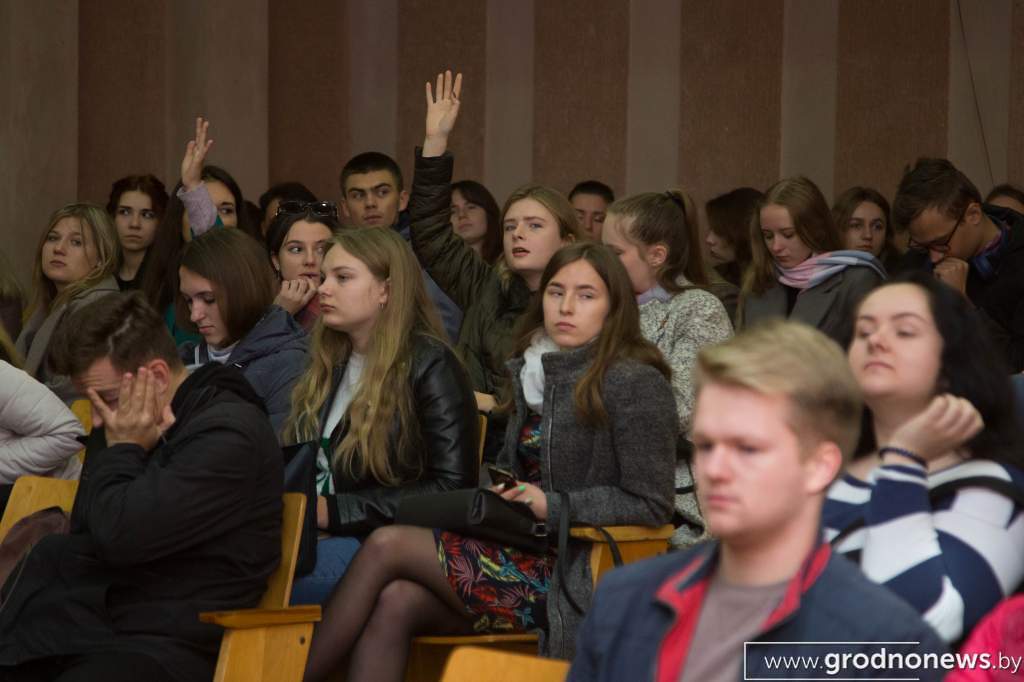 Written by Tatyana Kuznechenkova, Photos were taken by Artyom Turlay, Vadim Golotik and taken from the «GP»archive, Translated by Olga Ilyu
0

The youth of the Grodno region sent more than a hundred postcards to healthcare institutions as part...
Electronic Registration of Foreigners Temporarily Staying in the Republic of Belarus