The best way to know the relevance of a particular sporting event is to count the number of those who are interested in it. It is more difficult with TV viewers: the ratings and audience of television screens will become more or less clear only at the end of the competition. It is clearer with tickets. Empty seats in the stands are a headache for the organizers of any tournaments. If we are talking about multisport events, the ticket program is placed in a separate category and deserves close attention. A little less than three months left before the start of the II European Games. What is the situation on the ticket front and what should be done to see firsthand the competitions of the strongest athletes in Europe? 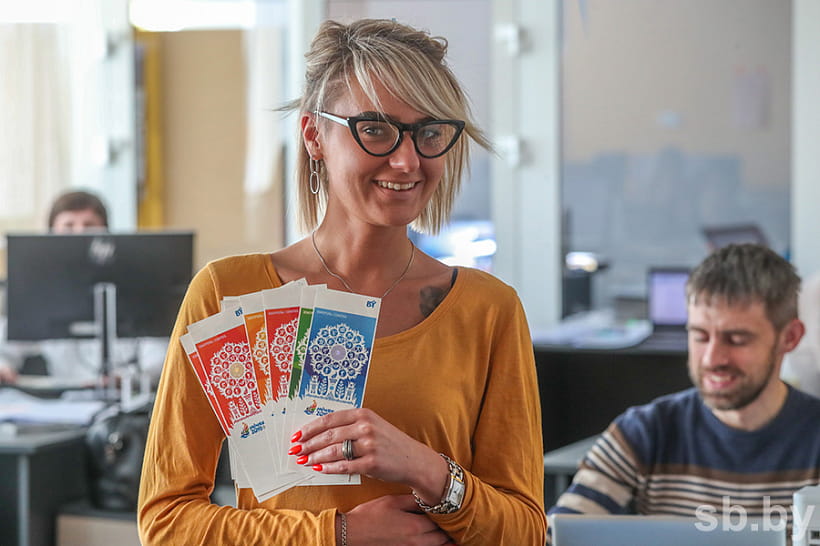 Tickets for the Olympic Games are often sold out for a couple of months. The European counterpart is not yet so popular, but Natalia Novik, the leading marketing specialist for the Directorate of the II European Games fund, says: sales are very good.

— Today, about 35 thousand tickets have been sold, but so far there are empty seats for almost all sessions in the Games program. Moreover, seats are gradually being added: a lot of tickets are reserved for various client groups: the family of European Olympic Committees, the press, dignitaries, athletes … About 15 to 25 percent of tickets are blocked so far. We still keep some tickets in reserve due to the fact that the locations of television cameras and various structures at sports facilities are not fully known. When everything is installed, it is quite possible, part of the reserve will also go on sale. This is better than thinking where to transfer people who have already bought tickets.

The issues with the arrangement and the total number of empty seats concern, by the way, all arenas, except for those where the stands were built specifically for the II European Games. On the rowing canal or on the field of the sports complex «Olympic», where archery competitions will take place, the whole picture is clear now. On the rowing canal in Zaslavl, for example, the stands are designed for 1,300 seats, some of which are given to athletes and the press. The cameras here will be installed along the water and the occupancy of the stands will not affect. In the sale in the end came about 800 seats. Relatively little, but Natalya Novik assures: for rowing, the competitions in which are held outside the city limits, this is quite enough, and so far there are empty seat.

— Today you can still buy tickets even at the opening and closing ceremonies of the Games. Moreover, the owner of such a ticket automatically becomes a member of a large-scale show. But there are currently no tickets for the final of the beach football tournament. That put on sale, bought very quickly. The remaining places are reserved. But if, say, not all NOCs buy out some of their quotas, there will still be a chance to see the game of the strongest football players from the fans.

he final picture in the stands should emerge by the end of April.

To buy a ticket, the fan must go to the Ticketpro operator site and click on the “European Games II” tab on the main page. Further, the user will be moved to the appropriate section, where online will be able to select the date, time and sport.

By the way, buying a virtual ticket does not mean that you will not receive a beautiful ticket with the logos of the II European Games. If you wish, you can exchange the electronic version for paper at the main office of Ticketpro or at the ticket offices of sports facilities.

Businesses and organizations to purchase tickets need to contact the «Ticketpro» with an official letter. E-mail address — on the website in the appropriate section. The text is free: the name, the estimated number of tickets to be purchased … After receiving the application, the representative of the company will be called by the call center employee and will sign the contract. Payment — by bank transfer.

♦ For persons with disabilities

This category of fans, the organizers of the II European Games decided to put in brackets. A separate ticket program was launched, and a separate tab appeared in the section on the upcoming tournament on the Ticketpro website. Inside — three categories: «Near the playing field» (for visually impaired fans), «Near the aisle» and «On the platform.» Free tickets will not be distributed to anyone. At the Directorate, this decision is explained by the desire to avoid the appearance of empty seats. However, tickets for persons with disabilities are sold at a 90% discount.

How much are they?

Ticket prices vary depending on the sport and level of the competitive session. The cheapest tickets — 5 rubles each — can be bought for preliminary badminton, judo, karate or sambo competitions. The finals in beach football and 3×3 basketball turned out to be the most expensive of the sporting events. Tickets for these events cost 50 rubles. Slightly cheaper — 30 rubles each — cost the best places at the finals in gymnastics, athletics, boxing, wrestling and cycling on the track. A separate price category is for the opening and closing ceremonies of the Games. To become part of a large-scale show and concert during the opening of the Games, you will have to pay at least 150 rubles (the most expensive tickets are twice as expensive). The price of tickets for closing ranges from 70 to 150 rubles.