The flame of the world will travel around Grodno for six days, bringing together thousands of people.

II European Games will be held in Minsk from 21 to 30 June. At the same time, the Flame of the World will have a direct connection with Grodno region all the way through the relay, from Rome to the capital of Belarus — torches for it are made in Novogrudok.

The “Flame of Peace” baton can rightly be considered the first start of the upcoming II European Games, which in June will gather athletes from 50 countries in Minsk. On May 3, the fire of the II European Games will be solemnly lit in Rome. The ceremony will be held at the Ara Pacis Museum, and on the same day the symbol of the action will be presented here — the olive tree. 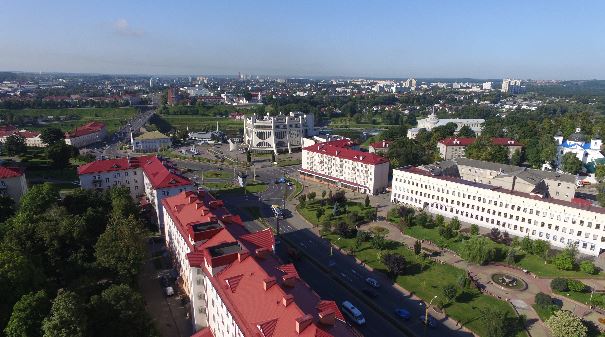 The relay caravan will start moving from Lenin Square to Grodno. At 5 pm on May 18, on Saturday, a solemn event and concert will begin here. The participants of the relay race will run and cycle along the central streets of the regional center. 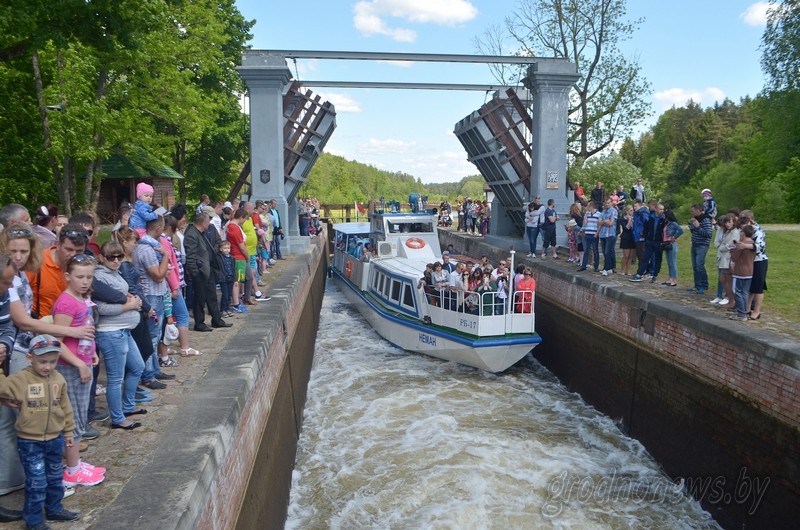 On the second day, the fire keepers deliver the flame to the August Channel. Part of the route of the relay will pass here by water: torchbearers will become passengers of water transport. It is possible that traveling on land “The Flame of Peace” on the August Channel will also be in the hands of a representative of a popular sports destination — Scandinavian walking.

The next stopping point is Verteliški agro-town — the center of one of the most successful agricultural enterprises of the Progress-Vertelishki agricultural production complex.
In the column of retro cars, the caravan of the relay will pass through Volkovysk, where the flame will rise on the famous Swedish mountain.

A visit to Mir Castle will be symbolic. 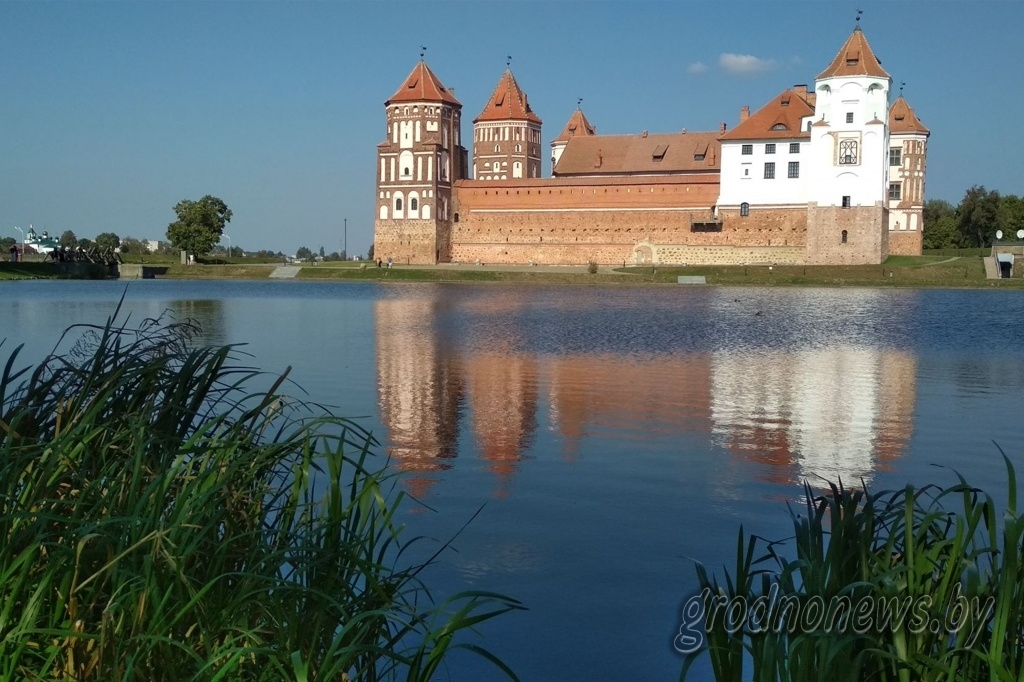 Torchbearers will also visit Novogrudok, Berezovka, Lida. On the final day, May 23, the “Flame of Peace” will arrive in Zalesye, in the museum-estate of M.-K. Oginsky in Smorgon, where a ball will be held in honor of the bright event. Finishing the relay in the Grodno region, in agrotown Gervyaty, near the walls of the architectural pearl of Belarus — the Trinity Church. 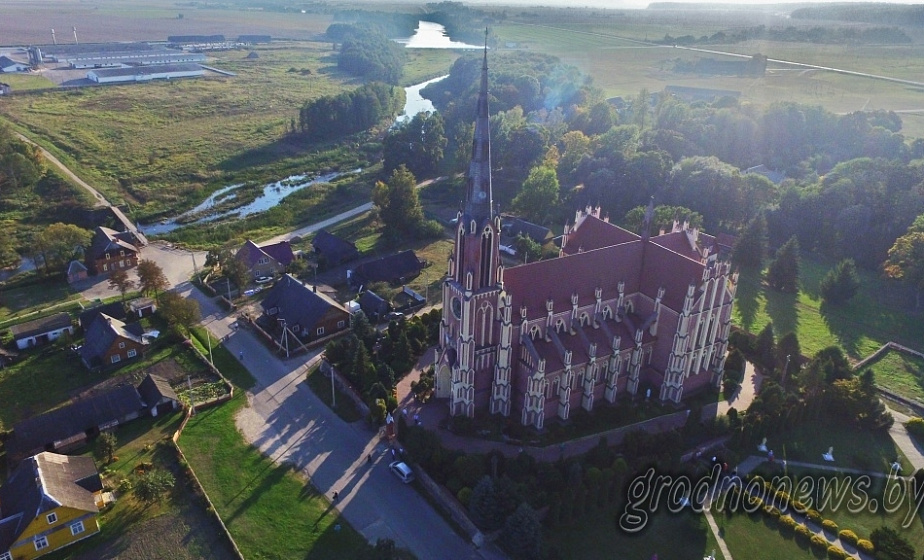 After Grodno, on the way of the “Flame of Peace”, scenic stages with concerts and festive events for citizens and guests will unfold in Vertelishki, Novogrudok and Lida. Meet the burning symbol of the upcoming II European Games will be in the key city-forming industrial enterprises of the region — in JSC GrodnoAzot, Neman Glass Plant, Lidahleboprodukt, Lakokraska, Bellakt, Novogrudok Gas Equipment Plant and at Ostrovetsky NPP . 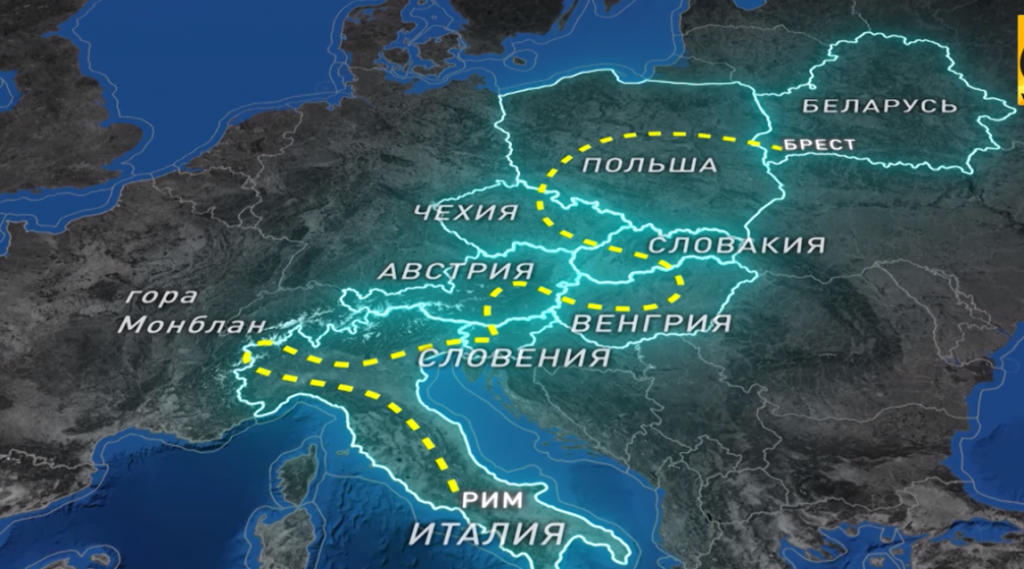 — It will be a truly large-scale and spectacular event. About 30 people will become torchbearers in our region — famous immigrants from the region, honorary citizens of cities and districts, athletes, public figures. “Several hundred volunteers, about 300 workers of culture, trade, law enforcement and thousands of spectators will take part in the relay,” said Oleg Andreychik, head of the sport and tourism department of the regional executive committee.

In the transport caravan of the torch relay — several passenger minibuses and a car, two trucks, along the whole route will always be accompanied by traffic police. Onboard passenger transport columns will always be about fifty people: the relay administrators, fire keepers, volunteers and technical staff, drivers. In each regional center, 15 local volunteers will join them to help with local organization.

For the participants of the relay are preparing a special form. In the collection of the capital’s designer, three different sets: a white form is designed for torchbearers, a gray one — for «fire keepers», a white-gray one — for «flame volunteers.»

A TORCH FROM A NEW FRAME

Traveling from one point to another, having made more than 60 stops only in Belarus, the participants of the relay will be with the main attributes of the ceremony — torches. By the way, they come from the Grodno region. According to a specially designed in-house project, 200 torches are manufactured at Novogrudok Gas Equipment Plant OJSC. One torch will burn for at least 15 minutes, and then, “sharing” the fire with the next, will go to the gas station.

— Each torch weighs just over one and a half kilograms, the burning flame in it can withstand gusts of wind up to 20 meters per second. For comparison, the speed of headwinds will be about the same when driving at a speed of 72 kilometers per hour, ”said Vitaly Yarosh, head of the mechanical repair department of Novogrudok Gas Equipment Plant OJSC.
The design of the device torch is fully developed at the Novogrudok enterprise — by the engineering and technical staff of the repair and mechanical shop. For his employees, the moment will be very symbolic when one of the torches arrives at the enterprise during the relay as a precursor of the upcoming sporting event.

ABOUT THE RELAXED FILM

A film about the journey of the Flame of the World will be made throughout the entire route. It will be shown during the opening of the main sports competition of the upcoming summer. The picture will tell about the tourist attractiveness of each region, show industrial and economic potential.
“The march of the relay in the Grodno region will be at the same time a memorable event for local residents and a kind of tourist guide for future guests of the competition,” Oleg Andreychik specified. — The relay will be held on the iconic places and sights of the Grodno region, the region will be most interesting to present.

HOW DOES PREPARATION GO?

In Grodno region, the procession will take place on the territory of seven regions — Grodno, Volkovysk, Korelichsky, Novogrudsky, Lida, Smorgon, and Ostrovetsky. The route has already been agreed upon, the format of the events held here has been determined and plans for the improvement and greening of cities have been approved.

The issue of preparation for the upcoming relay is under control of the regional authorities. This topic was one of the key issues at a recent operational meeting in the regional executive committee. The chairman of the regional executive committee, Vladimir Kravtsov, stressed the need to carefully and thoroughly think over all organizational issues so that along the whole route of the relay in the Grodno region they would meet it with dignity and beauty. The road builders also have tasks: the path to the II European Games should be comfortable both for the participants of the Flame of Peace action and for those who will go to a large-scale sporting event through Grodno.

In addition, as Oleg Andreichik said, more than a hundred thematic banners and stretch marks have already been installed throughout the region, which remind residents and guests of the upcoming big and important event not only in the sports plan. It is planned that by the start of the relay there will be at least three times as many.

Growth figures of the mascot II of the European Games — Lesik’s youngster will appear in the districts, on TV channels and in newspapers, as the event approaches, the attention will be drawn to the main sports theme of the season exponentially. 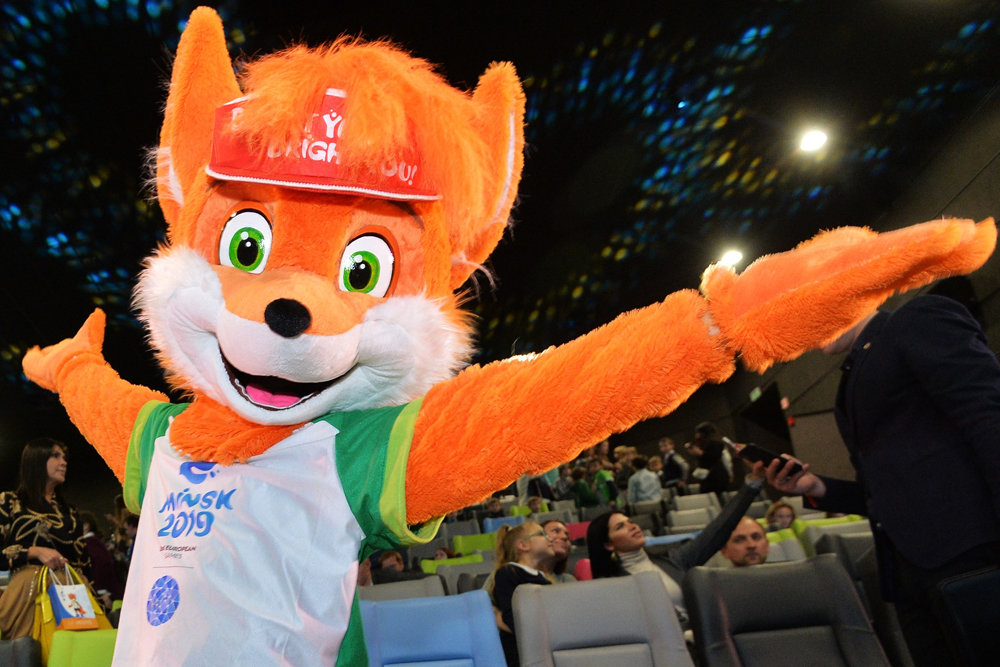